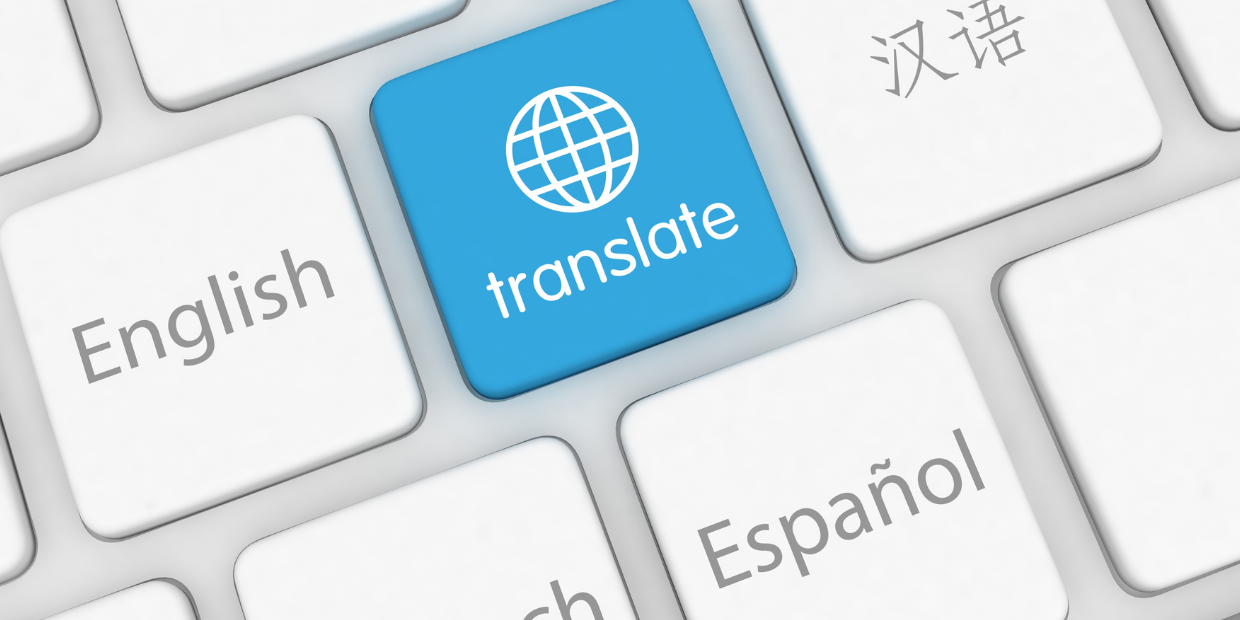 Translation tools are an essential piece of kit in a global marketplace. If we want to trade with people from other countries, it is only polite to talk to them in their own language.

Have you ever wondered why, in ‘Star Trek’, the crew of the Enterprise are boldly going where no-one has gone before and yet the various alien species they encounter usually speak English? The truth is, they don’t. We just hear English because they use a ‘Universal Translator’ which translates everything into ‘Federation Standard’ (or ‘English’ as we call it). Let us not dwell on the lip-synching and the different voices, okay?

Scientists have long known that a machine that can automatically translate any language into any other language would be an astoundingly useful gadget. With that in mind, research began in the 1950s on figuring out ways to make such a translation tool a reality.

The tools that we have access to, today, are achieving results that seem little-short of miraculous and, as machine learning and artificial intelligence develops, they will only get more and more accurate.

Here’s our rundown of some of the most impressive free translation tools.

Google Translate is, for many, the default translation tool simply because it has been built into Google’s search engine. It has also been integrated into Chrome, so it automatically translates websites that aren’t in your native tongue, and it is active in many Android apps. Google Translate is even available in a voice-activated form, too, which is edging into proper ‘Star Trek’ territory!

This tool is the most versatile one here, with more than 100 languages covered – including some of the more ‘exotic’ ones, such as Frisian or Yeruba.

Even though Microsoft Translator covers fewer languages than Google (about 70), there is nothing second rate about this translation tool.

It has been integrated into multiple Microsoft platforms, including Bing, Microsoft Office, Microsoft Edge and Skype, among others.

The API is free to use (up to two million characters a month), so is a favourite for developers. It also has a formidable OCR (Optical Character Recognition) feature which means you can point your phone at a word or character you don’t recognise and it will translate it for you, instantly.

Linguee combines the functions of a search engine with a dictionary. So, if you type-in a word or phrase you don’t understand, it will offer you translations in a range of languages, give you a definition and link you to online examples of the word or phrase being used correctly, so you can learn from context and example.

Possibly not a complete solution by itself, Linguee certainly adds comprehension and context to translations you might get from one of the other tools.

Linguee has been in development since 2007. In 2017, the same team launched a companion translation tool: DeepL.

DeepL is considered, by some commentators, to be a more accurate and nuanced tool than Google or Microsoft’s versions, since it has a better understanding of the hidden meanings of idioms and turns-of-phrase.

This is because the tool’s convoluted neural network (CNN) was trained by Linguee, so it has learned from the millions of searches that platform has conducted.

New languages are being added all the time and DeepL is now available as a Chrome and Firefox extension. It can also translate Word and PowerPoint documents.

DeepL is designed to translate longer documents, however it is only free to use for the first 5,000 characters of a document and, for the moment, is fairly limited in the languages it offers. But, that will change.

So, in conclusion, you’ll see that there are a range of free translation tools available to you, which offer different features and have different strengths. At different times and in different circumstances, they could all prove useful.

As with any AI technology, translation tools are a work in progress. Their translations are not flawless and it wouldn’t be advisable to rely on one tool alone for important business documents or legal documents where the language can be very specific.